This is the Way

Let’s face it. I’m a nerd. During much of the pandemic, my guilty pleasure was watching the first two seasons of The Mandalorian, a Star Wars spin-off. Don’t worry. If you didn’t know that The Mandalorian exists, you are definitely not a nerd. If you did watch the show and still call one of the characters “Baby Yoda” you’re probably still safe.

Like all great stories, The Mandalorian is a struggle. They want you to think it’s an action-adventure western saga about a hero struggling to accomplish a heroic task: fulfill his oath to return Grogu to his home.

In case you were wondering, this is the same story arc that Tom Hanks’ character “Captain Kidd” is taking in News of the World, only it’s set in late 1800s Texas and with Captain returning a kidnapped girl to her family. (Sorry! I should have posted a Spoiler Alert in case you were planning on catching up on either of these shows).

But the true struggle is more internal than external. Both heroes learn more about themselves during the struggle, which is more important than the numerous scrapes, scuffles, and fights they get into on the journey. It’s a coming-of-age story about a lone wolf learning that the way they see the world, what they have believed about themselves and others, and what they thought was really important may not be true.

For Mando, his struggle is with an upbringing in a very conservative, ritualistic sect of Mandalorians who believe in a very strong code of conduct and their version of the truth. “This is the way” is the Mandalore version of the Dothraki “It is known” from Game of Thrones – that which everyone accepts. In every episode, Mando grows by learning from the characters he interacts with and how he struggles with who he thought he was and who he is becoming. The (spoiler alert!) episode he removes his helmet in public is heart-wrenching because you have been along with him on a journey of self-discovery and self-awareness. I admit I did shed a tear or two when that happened.

For Captain Kidd (No, not the pirate) in News of the World, he had to face his own past in serving the Confederacy during the Civil War. He fought with true comrades, bonded with the ideals of the Confederacy, believed that the cause was right. Bigoted, self-righteous, and opportunistic at the beginning, he quickly has to face others who mirror what he believed in as a principle. But when put in a new post-war context of peace, justice, fairness, and equality -- those principles now feel old and outdated to the Captain. He carries out his obligations and realizes that he has changed.

Why am I telling you this? Isn’t “This is the way” an ending to the story, not the beginning? 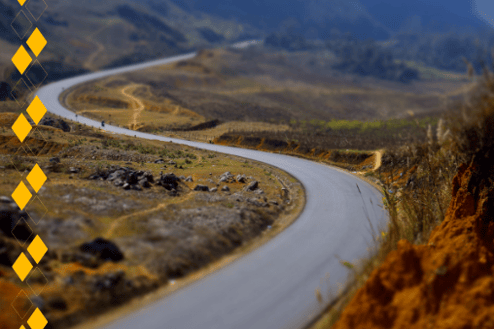 I don’t think so. We are all mythic heroes on an epic quest to succeed. We face different dangers, challenges, and enemies, but we all carry the same baggage. Our perceptions of life and the way things should work. Beliefs. Values. Expectations. Needs.

Through Birkman, we learn a lot about ourselves, and the key dimension of that learning should be that each one of us has unique perceptions, filters that affect our view of the world, how we see ourselves, and how others should be interacting with us. “This is the way” is the script we have in our head and our version of the truth about life. It is constantly challenged by people who have a different script about truth in their heads. Both are truth, and neither is the whole story.

The journey to self-awareness that Mando and Captain Kidd were on was handicapped by the fact that they only could react after someone challenged their deep-seated beliefs. We have our Birkman scores that reveal these truths to us ahead of time, and we can prepare ourselves for situations that challenge us – be proactive. We can choose to connect with people and situations that feel comfortable to counter the stress we will feel from interactions that frustrate us. We can avoid those annoying situations altogether, but that means pulling back from life and the growth that awaits us from managing our reactions and achieving a win.

All it takes is a few minutes to sit back with our Birkman reports or work with a coach who can walk us through those situations. Like Mando, Frodo, Gilgamesh, Odysseus, Ulysses Everett McGill, Inoga Montoya, Rey, and many others – you can be the hero of your journey.

This is the way.

Confused? Here’s a quick summary of the characters in today’s blog:

May the fourth be with you!

About the Author | Dan Perryman

Dan has over 15 years of real-world experience in applying The Birkman Method with leaders from small companies and huge multi-national corporations. He has worked both internally as a coach and facilitator, and as an independent consultant to companies in small-town America to Europe, Asia and the Middle East. This was first published while Dan was running a consultancy focused on leadership development. He is now the General Manager at Birkman International.

Empower Stress to Empower You