Is Your Mindset on the Cutting Edge?

Today, the cutting edge is becoming commonplace. We see the cutting edge in business through exponential growth in the utilization of automation, robotics, and apps for our electronic devices. These robots and automation technology are performing surgeries, using voice automation, creating liver tissue through 3D printing, delivering packages using robots and self-driving cars, and cleaning our houses. Leaders need to be agile because change and innovation are accelerating.

That doesn’t mean we let go of the tried and true but we also have to consider the try and fail (to experiment and learn). Organizations are investing in automation. A study by Accenture, of managers (executives, mid-level and front-line), believed that 54% of their time was on responsibilities considered as administrative coordination and control – repetitive work that can and will be automated. As we move towards a more automated future, managers will need to focus less on repetitive tasks that can be automated and more on strategic thinking, collaboration, data interpretation, and innovation. In addition to process automation, industries and organizations are being disrupted through platform innovation. Just ask the taxi industry how Uber and Lyft disrupted them, ask retail stores how Amazon is causing disruption and ask the hotel industry the disruption caused by Airbnb.

As a teamwork engineer and a leadership coach, I work with organizations that are considering these innovation opportunities. These organizations know they must invest in their leaders to drive the organization’s strategy of the future. One of my clients wanted to understand more about the mindsets of each other -- key executives and senior leaders. As an early implementer of the Birkman Mindset Report, this was a great opportunity to help these leaders learn about how each of them perceive themselves vs. what they expect from the world around them (their mindset) and the impact of their collective/team mindsets might be having on the pace of change and innovation. The following is what these leaders learned about their mindsets:

This wasn’t your traditional team building using personality/behavior data that looks at how individuals communicate, collaborate, plan, take charge, or make decisions. This was about how their mindset and perspective were impacting the team’s approach to how they would serve their market in the future. 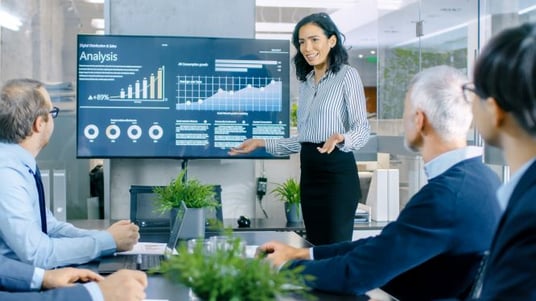 These differences in mindset for this leadership team was impacting the expectations that both executives and senior leaders had of each other. As a result of this team building event to share their individual Mindset reports, these leaders committed to investing more time in their joint leadership meetings to discuss the expectations and needs of each of these leadership levels in driving change through cross-functional collaboration. In my observation, they are making considerable progress, and several cross-functional innovation initiatives are advancing as expected.

Personality and mindset aren't quite the same

I have been using personality and behavior data for more than 30 years to help executives, managers and front-line staff grow and develop both individually and collectively as a team. This data allows for my clients to understand more about how different behavior components interact within themselves, and socially across the organization. It's been instrumental in creating team building opportunities that empower individuality within the whole.

With Birkman Mindset data, I've been able to take my coaching practice further, with a tool that allows us to address the why behind individual behavior -- something deeply ingrained, that is invisible, consequential, and drives each personality. My clients today need to continue growing both individually and collectively. But with a better understanding of their individual and leadership team mindset, they will be better prepared to deliver on a strategy of the future -- one that might even be cutting edge.

About the Author | Mike Goodfriend

Mike Goodfriend is a Teamwork Engineer, Leadership Coach, and Author. Mike is a Birkman Master Certified Professional (BMCP) and has been using the Birkman Method for more than 30 years. He created the Teamwork Sharks Leadership Challenge, a Shark-Tank style leadership program that culminates in each participant, making a compelling business case for a cross-functional opportunity they want to lead. Mike authored Breakthrough Time, a time travel business novel about how the Teamwork Sharks help a client commercialize a revolutionary technology. Mike also leads the Birkman Mindset User Group to help certified Mindset users apply the tool with their clients and in their workplace.

Strategies for Becoming a Self-Aware Leade...

Perspectives of a Leadership Coach

How to Lead in Complexity