"Think Different" was an Apple Computer marketing slogan in the late 1990s, and I identify with the spirit of that campaign as a Mac user since 1984. But the truth is there is no way you can do anything but think "differently." Every person is wired differently and has their own unique perspective. You only realize that others see the world differently when we sit down and talk at a deeper level. Our unique viewpoints are what power discussions that can change the world.

I once heard the leader of a huge retail organization beg for greater diversity. Now, we were at a diversity event, so that was not a surprise. His point was that the company had come a long way in increasing diversity in gender, race, and other metrics but had made no progress in advancing diversity of thought. His teams in the 1990s were all middle-aged white males operating from the same internal playbook. 20 years later his team was much more diverse-looking, but with that same one-track mind. 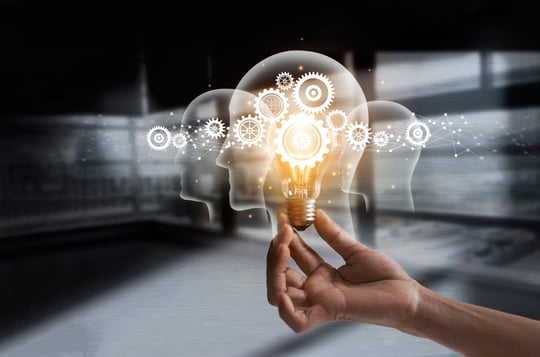 One of the benefits of hiring a diverse workforce is that you gain perspectives you have never had before. You can leverage those different experiences in approaching business issues from new perspectives and hopefully find that first-to-market idea or innovative solution. But when you focus on hiring a specific mindset or use behavioral interviewing techniques to find people who solve problems in a certain way, you could be hiring different-looking people and still excluding those minds that might work a little differently. You may be rejecting those candidates that might take your team or organization further than you've imagined.

So, wouldn't it be great if you could measure diversity from the inside? Well, you can. That's why savvy companies and leaders have used The Birkman Method for 70 years. The assessment provides insight into a person's perspective and how they see the world around them. Birkman empowers differences in how people's brains are wired as a strategic advantage. We have millions of assessments that reinforce the truth that every person has their own unique perspective.

For simplicity, let's use the meta-level measurements that Birkman reports on–four distinct archetypes of effective, successful workers. It is a lot more nuanced than that, but let's keep it at that level for the sake of this brief discussion.

That senior leader said that he had a large team of different-looking people who all approached work from the same "Doer" perspective. The Doer profile is a great one to have in business. They see success as having a strong sense of urgency, being decisive when decisions need to be made, taking charge in critical situations, being thick-skinned in the face of criticism, and choosing practical solutions over emotional involvement. You're probably reading this going, "Heck yeah! Those are the people I'd promote! Put each of them in charge of an operational unit and sit back and watch things happen!"

Now put that same group of people in a three-day strategic meeting to discuss the organization's long-term future. It would be like herding cats—vocal, restless, alpha cats.

If his team "truly" had diversity, he would also have team members who approached running the business from different perspectives. "Communicators" would see their role as bridging the gaps between perspectives and influencing team members to build a consensus about the opportunities that lie ahead. "Analysts" would focus on understanding the details and seeking information that helps them develop an independent solution that avoids risky options. "Thinkers" would inquire and strategize about the big picture and make sure the team was asking the right questions so that they solve the real problem, not just a symptom of the problem.

I admired his plea for diversity of thought because he asked for real results, not people he could manage easier. By bringing diverse perspectives into the situation, he guaranteed that there would be dissonance as everyone described the issue from their own perspective. How he handled those different perspectives would reflect his true strength as a leader – his ability to manage the paradox of diverse viewpoints on a single piece of the truth.

In a team of Doers, the lone Thinker may be the

most valuable team member for the leader. But weak leaders often see the person who is "different" as a liability, not a valuable asset.

In many situations, they should be the go-to person. But the Thinker may also be the quietest person in the meeting, so learning to ask for their viewpoint is critical. Otherwise, they get drowned out by the barrage of input from Doers and Communicators. Great leaders know that bringing out different perspectives is the primary goal, not a distraction.

Diversity is about bringing "different thinkers" to the table at the same time. It is about having various thinking styles, perceptions, problem-solving strategies, mindsets, and personalities available to join in the conversation.

Equity is giving each person the power to make a difference. Birkman does not create reports that put people in boxes or label them. We don't see these different perspectives or archetypes as limits or weaknesses but as a force for empowering groups and teams. Great leaders invite discussions about different perspectives, find the value of each person's viewpoint and drive the conversation to places it would never have gone before.

Great leaders do not own the "think different" label; they operationalize it. Great leaders are the ones that consciously recruit a team with a variety of perspectives. They understand when there is a risk of groupthink and invite someone with a different viewpoint to join the conversation so that herd mentality doesn't take over. Great leaders share the positional power they have to empower those with unique, valuable perspectives that have been discounted in the past.

Want to become a better leader? It's not about making yourself into a different person or being different than everyone else. Real leadership is recognizing the power of difference in others and learning how to leverage those diverse viewpoints to get amazing results.

Step-by-Step Guide for Managing Stress as ...

An Asset Worth Investing In: Your Leadersh...

Is Leadership the Right Path for You?